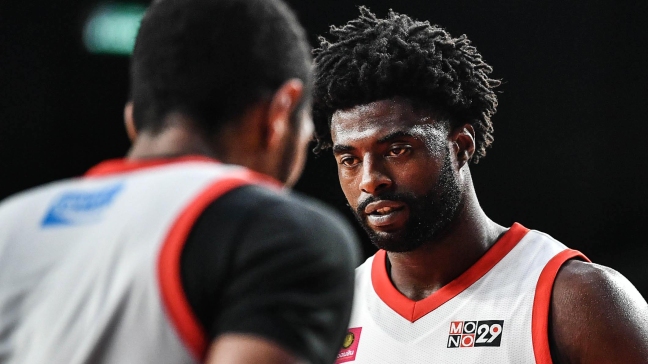 Another New Year’s break, another import change for the Mono Vampire Basketball Club. This year, it is Chris Charles who has unfortunately only played two games with the team this season. Replacing him is former PBA import, Malcolm White.

In three seasons that the Mono Vampire have played in the ABL, they have always made drastic changes over the New Year’s break.

The World Import slot for the Mono Vampire in their very first year seemed like a revolving door. Anthony McClain’s spot was secure after helping them win their first TBL title, but the second World Import Quota was a mess. Quincy Okolie lasted 7 games, who was later replaced by Paul Butorac (4 games), followed by Mike Fey (5 games), and Cleveland Melvin (4 games).

Even former MVPs (World Import) aren’t safe. Reggie Johnson had won the MVP award with the KL Dragons back in 2015-2016 but started the 17-18 season with the Vampire who he had helped win TBL and TBSL titles with. Johnson started the season in 2017 with Patrick Sanders and by 2018, both were gone.

Sanders did play one more game on January 7, but he was never the long term choice from the start. Michael Singletary was the ace for Mono Vampire and was rumoured to be taking a break with daddy duties, but finally joined the team on January 12.

Johnson was replaced by Samuel Deguara who had shined against Mono in the TBL after a disappointing 2-3 start to the season. It was initially a puzzling decision, but the team were able to turn around and finish the season in the ABL Finals. 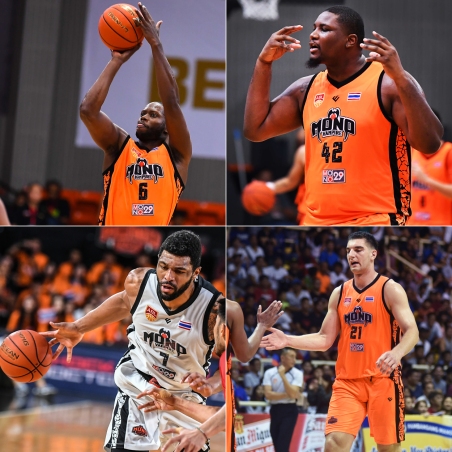 Here we are again. The clock struck midnight and the calendar changed from 2018 to 2019. Mono Vampire have replaced an import yet again.

On the way out is 37-year-old Chris Charles who played two games with the team, including their only win of the season so far against the Formosa Dreamers. Charles sadly sat out the team’s final game of 2018 with back spasms and had to watch his team take in a tough loss. It’s rumoured that Charles was already signed to a short term contract and never meant to be a long term solution to Mono’s early struggles, but it still is difficult to see a such a great player and a nice guy like Charles go out this way.

Who is Malcolm White?

The Wikipedia test is not kind on Malcolm White. Not only does he not have a Wikipedia page, the first result you get turns out to be a former English Goalkeeper born in 1941. To make matters worse, the page also refers to another Malcolm White who is also a sports player… only he’s a cricket player who passed away back in 2009 instead of the import player that the Mono Vampire are bringing in with the hopes of turning this season around.

Not having a wikipedia page isn’t the end of the world though. Saigon Heat’s star from last season, Akeem Scott, didn’t have an English wikipedia page (he did have on in Finnish though) only until recently and was a bonafide stud. It just means that White might be just a little bit under the radar and we might need to dig a little bit more.

Of course, White is not an unknown commodity and has proven himself around the region.

The 30-year-old started playing collegiately at Ole Miss where he improved into a full-time starter in his sophomore year, averaging 7.2 points and 5.7 rebounds that year. He then transferred closer to his hometown at LSU and produced pretty much the same numbers in his junior year as well.

Straight out of college, White played professionally in the Canadian NBL before embarking his worldwide journey ending up in Uruguay, Qatar, Japan, Bahrain, the Philippines, and now Thailand.

In two conferences with Globalport in the PBA, White was an easy bet for 20 points and 10 rebounds but his niche was not scoring. White’s role ever since college was to play rugged defense and make life in the paint tough for everyone and it was a role he filled in well.

The problem from the start was that Mono Vampire were too small. They started the season with two guards as Imports and a roster with no one taller than 6’6″.  Bringing in Charles was the right idea in terms of getting a big body who was a stud on defense and didn’t need the ball on offense to impact the game. Chris Charles at his peak back-to-back ABL MVP days would have been perfect. Even Chris Charles from his last season with the Singapore Slingers would have been nice. Instead, Mono got Chris Charles from 2016-2017 when he played only 2 games with the Saigon Heat limited again by injuries.

Replacing the 7’1″ Charles with a 6’9″ White is a lot of size to give up, but that difference could be offset by White’s specialty. The burly forward might not be known for his size, but he’s known to be physical.

Already with Michael Singletary (27.7 PPG), Moses Morgan (11.8 PPG), and Freddie Lish, Mono Vampire do not need any more scorers with Jason Brickman to set them up. What they need now (and what they needed from Chris Charles prior to his injury) is a bruiser who can defend the paint physically and will not demand the ball too much on offense.

What should I know about Malcolm White?

Saying that Malcolm White is a “physical” player might be an understatement.

Ever since college, White has had a reputation of being so physical to the point where some consider him a “dirty player”. He infamously known for clobbering Anthony Davis (yes, that Anthony Davis) on a breakaway dunk when he was with LSU. These occurrences carried on to the PBA where he then clashed with several teams and players.

In only his sixth game with the team, White got in a heated conversation with Reggie Johnson (yes, that Reggie Johnson) who was an import for Rain or Shine Elasto Painters. In the same game, White made elbow-to-face contact with Chris Tiu to spark the level of intensity. Three weeks later, White mixed it up with the San Miguel Beermen and Renaldo Balkman (yes, that Renaldo Balkman) and got thrown out of that game. In the very next game one week later, White was at it again against Phoenix Fuelmasters and enraged sharpshooter Matthew Wright (yes, that Matthew Wright) who says White “can’t swing at somebody’s head like that” .

That is what you are going to get from Malcolm White. He’ll get you points (23.3 PPG on 53.0% from the field with Globalport) and he’ll grab rebounds (11.2 RPG, also with Globalport) but he’s also going to be very physical as well, however you interpret that term.

The line between being physical and being dirty is pretty thin. In a game as intense and fast-paced as basketball, it’s easy to get caught up in the emotions especially when you are as competitive as these professional players. I’m willing to give the benefit of the doubt that White is not intentionally trying to hurt anyone and that he’s just that competitive and physical when he plays. In the following consequences of his conflicts, White has been quoted to be “apologetic” and that his actions were “out of character“.

Final Thoughts on Malcolm White signing with the Mono Vampire?

White is a player that does not fit the template of past Mono Vampire imports.

From McClain to Deguara to Charles, Mono has relied on towering centers to help man the paint in the ABL.Even though Johnson was a bit shorter than the usual Mono Vampire import, he was a wide-bodied beast who was an awesome scorer. While it’s worked effectively up to a level, there always seems to be a bit of an “edge” that was missing. Charles and Deguara, in particular, were both very softspoken. McClain was more talkative, but never a physical presence.

White resembles more of of Coreontae DeBerry who was also 6’9″ and a great defensive presence, playing for the Mono Vampire during their TBL 2016 championship run.

Already with Chanachon Klahan and Nopporn Saengtong, White gives the Mono Vampire even more bangers in the paint to strengthen the defense — something that they desperately.

The signing addresses an area that Mono Vampire were lacking but might still be problematic. As mentioned above, switching to White gives up 4 inches of verticality which could cause a problem in a league with several towering 7-footers. Moreover, White has to be able to stay on the floor to provide his defensive presence as well. In 13 games with Globalport last season, White fouled out 3 times in a league which allowed a maximum of 6 fouls to average 3.5 personal fouls per game. White could be caught in limbo as he juggles being physical with being on the court for his team.

In any case, it’s an interesting move by the Thailand-based squad.

This article has been edited to clarify that Chris Charles was not injured and only suffered from back spasms that caused him to sit just one game but had been continuously practicing with the team.