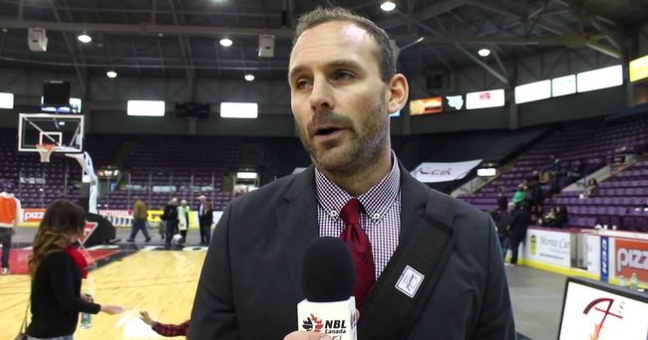 After a successful season in the National Basketball League of Canada (NBLC) with the London Lighting, Kyle Julius is ready to take his talents to the Heat.

First reported on the London Free Press, Canadian Head Coach Kyle Julius will be joining the Saigon Heat as the head coach of the team in the ASEAN Basketball League for the upcoming season.

This is coming after a highly successful year for the 37-year-old where he led the London Lighting to an NBLC title as well as garnering the prestigious Coach of the Year award. The Lightning beat the Halifax Hurricanes in the Finals after a 35-5 season, giving Julius his first title in his young career.

Even more recently, Julius coached the 3D Global Sports (Canada) team in the 39th William Jones Cup earlier this July where his team of NBLC stars finished with a record of 8-1 to win the tournament over several Asian National Teams including the Philippines.

It seems like quite a surprise that Julius would be on the move after achieving such success, but the young coach is looking forward to the new experience.

“I’m really excited of having the opportunity to learn the game and challenge myself and grow in an environment way outside my comforts,” Julius told the London Free Press. “In the NBLC, I knew the referees, I knew the arenas, I knew the players, I knew everything.”

“This is going to test me. I think if I can go there as an individual and be successful, it will be good for me long term.”

“Most importantly I’m walking into a situation where the team needs a culture change. They need some hunger, skill and development and they need a little bit more passion from what I’ve gathered talking to the players, the ownership. I think the way I approach the game is what they are missing and maybe I can grow the game in Vietnam and I’m excited about that.”

Not to be overlooked is the recruiting skills of Julius. He was able to lure Royce White who was once considered a top-level NBA talent to play for the Lighting last season, a major factor to their championship run.

The Saigon Heat are already rumoured to have re-signed the core of Lenny Daniel, Moses Morgan, and David Arnold as imports along with star locals Stefan Nguyen, Horace Nguyen, and Tam Dinh so if Julius can deliver the final piece of the puzzle that the Heat are missing, they might be in for an ABL championship run.

The Heat parted ways with Anthony Garbelotto earlier in May and he’s now coaching in the British Basketball League (BBL) for the Glascow Rocks. For their VBA campaign, the Saigon Heat have already announced that it would be David Singleton to take the helm.

There have been no official announcements considering the signing from neither the ASEAN Basketball League nor the Saigon Heat on this matter.