Imports are always a fun part of an Asian Basketball League. Leagues need a strong foundation of local players, but it’s the imports that bring a sense “star power” to the leagues.

This is Part Two of the TBL Imports Preview.

So let’s talk about Imports. As mentioned in the TBL introduction preview earlier, there will be both World and ASEAN Imports. In total, this means that we could potentially see as many as 21 imports in total.

This will be a four-part write up featuring the imports of the TBL and I’ll try to follow the chronological order of when the news surfaced. Here are parts 1-4:

I’ll be naming the import first, before finishing his section by announcing where he will be playing. Just to make things…fun.

Like Gabriel Yuemo, Earl has been a mainstay in Thailand. Earl been pretty busy with his young daughter, but he’s wiggled his way back into the TBL.

The last time around, Earl was playing for the Khonkaen Raptors in the TBL two years ago. He led the TBL is scoring that season, but he also led the league in shot attempts as well, but a wide margin. Earl also played for the Bangkok Cobras and the Chang Thai Slammers in the ABL.

Before moving over to the SEA Region, Earl had played collegiate basketball for the Utah State Aggies and Cal State San Bernardino.

Taking his talents to… 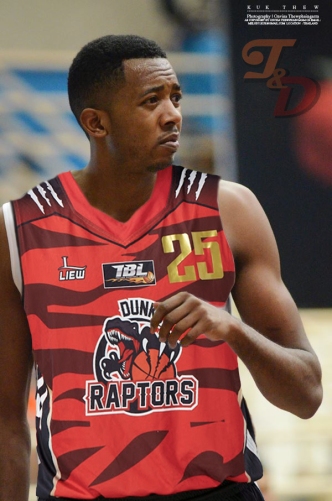 Just like Gabi, Michael is returning to his roots after being absent last season. Earl will team up with aforementioned Cabahug and another familiar import to help the Dunkin’ Raptors secure their first win since changing names to the Dunkin’ Raptors.

Earl is listed at 6’8″ as a Center (according to ESPN) and he’s not a bulky dude either. He’ll probably be able to use his agility to work around some of other bigger and more athletic imports, but Earl will still have plenty of work to do.

I’m also not sure now long it’s been since Earl has been playing high level competitive basketball and that’s something that he might take some time to adapt to.

What I wish to see

I just really hope Earl can have one monster game this season that can push the Raptors to their first victory.

Howard is one well-travelled fellow as you would expect from a professional basketball player who is already 34. Most professional basketball players would already be in their decline at that age and most of us actually thought Justin Howard was in his decline already when he was playing for Chonburi Hitech Sharks/Thai General Equipment 2 years ago in TBL 2014. He was signed that season after leading the ABL in scoring with the Saigon Heat. Before that he also played with PEA in the Thailand Open as well.

The Chonburi Hitech Sharks didn’t feel like he played as well as advertised and instead finished the TBL season with imports Steve Thomas and Chris Charles.

Howard would resurface later to play for the Indonesia Warriors for two games in the ABL before ending the season playing for the Singapore Slingers to replace injured Kyle Jeffers. Even with a slightly disappointing showing in the playoffs for the Slingers when they were dropped in the semifinals to eventual champions Hitech Bangkok City, Howard played well enough to convince the Slingers to resign him for this past ABL Season. This time he made sure to not disappoint.

For most of the ABL season in 2015, Justin Howard was the best player in the entire league. He erupted early for a 45 point game against rivals KL Dragons and was a crucial part to the Slingers 10-game winning streak. The Slingers would get past Hitech Bangkok City in the semifinals this time, but they would lose out in the Finals to the KL Dragons despite a herculean effort by Howard.

Howard has been pretty much everywhere from Mexico to Chile to Germany to Spain and he will be making his third round tour in this year’s TBL. 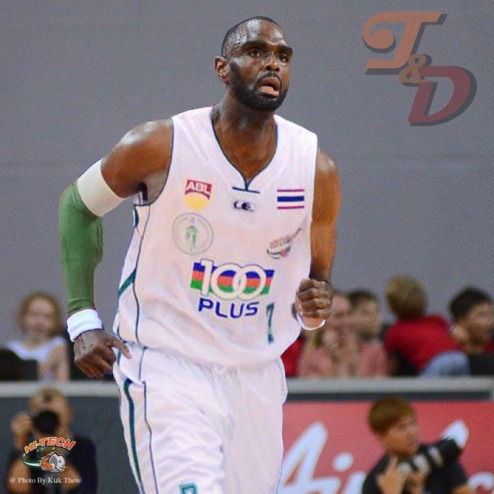 Hitech are once again going into familiar territories by reaching into the ABL talent pool. We’ve seen plenty of this in the past with the signings of Steve Thomas (ex Indonesia Warrior, Philippine Patriot), Jerick Canada (ex Indonesia Warrior), and Patrick Cabahug (ex KL Dragon), among others.

Hitech had been so impressed with Howard’s form in the past season that the initial verbal contact for Howard to play in the TBL was directly after Hitech lost in the semifinals series.

While Howard is obviously highly talented, it also depends a lot on how the team uses him. Howard is not a strong physical battering ram and if teams expect him to be one, he wouldn’t be as effective. His strength lies in his deceptivly soft touch and a suprisingly accurate midrange set shot.

Hitech is already a very talented team and if they figure out how to properly utilize Howard, it could be very bad news for all teams.

Since Justin Howard spent a whole lot of his pro career in Spanish-speaking countries, I would love to take a class of Spanish 101 from Professor Howard.

Howard will not be the only familiar face from last year’s ABL in the TBL. Lenny Daniel will also be in the mix after one successful season with the Saigon Heat.

Daniel spent a lot of his time in Saigon throwing down nasty dunks and alleyoops that would electrify the crowds of Ho Chi Minh City. He was the team’s primary offensive weapon and while the team was able to make it to the playoffs for a second straight year, they would fail to make it past that same round.

Saigon would be Daniel’s first asian professional basketball league, but prior to that he had played in Greece and Bulgaria.

Daniel had a fruitful two years at Cal State Northridge, capped off with an excellent Senior year where he was awarded with the Big-West All-team honors.

In an interview with the ABL last year, Daniel mentioned that he enjoyed playing with the Saigon Heat because he felt that a lot of the players had a lot to learn and he was very willing to be a teacher. He will be playing a similar role in Thai General Equipment again, which he says could be even more younger than that Saigon Heat team.

Daniel will be playing the lead offensive weapon of the team once again and he shouldn’t have much trouble doing so. He will easily be one of the most entertaining players in the league with his gravity defying dunks.

As usual electrifying players go, Daniel tends to express a lot of emotion on the court. Sometimes his body language seems a bit off something doesn’t go as planned. He also has a tendency to complain to the refs a lot as well, even though that is understandable considering the beatings that he occasionally takes. But coming in this time, he has to remind himself that he will have to be playing an even bigger leader role than he did at Saigon where the younger (but hungry) Thai General Equipment players will be looking up to him.

I want to see Lenny Daniels dunk the shit out of Justin Howard like he did in the very first game of the ABL between Saigon Heat and Singapore Slingers.

Laudermill’s stats showed up in only his senior year at Cal State San Bernardino, but it was a pretty good season. Good enough to warrant him a spot on the CCAA All-Second Team in 2012.

After college, Laudermill would continue to play professionally in leagues in Mexico and Germany. 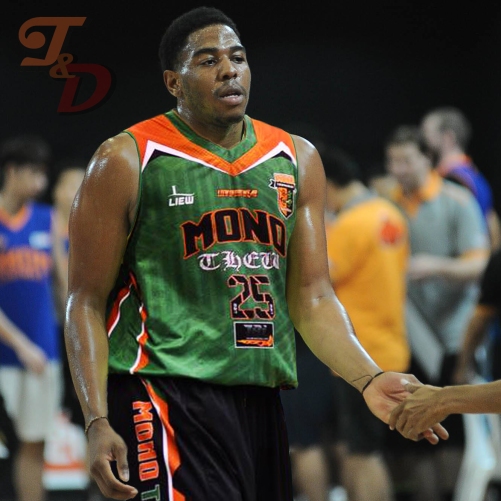 Theron or “T” as he prefers to be called will be playing for Mono-Thewphaingarm. While Laudermill played on the same college team with ferocious dunker, Kwame Alexander, he notes that their styles are almost the complete opposite.

Laudermill recognizes himself as more of a smooth operator and he knows that he might have a tendency to drift away a bit every now and then to set up his team mates. While that might work well in the Mono-Thewphaingarm set up which has a couple of scorers on his side, Laudermill might need to look to be more aggressive.

Laudermill is one big wide dude. I’d love to see him go up in consecutive possesssions against Mono Vampires’ Chaiwat Kedum.