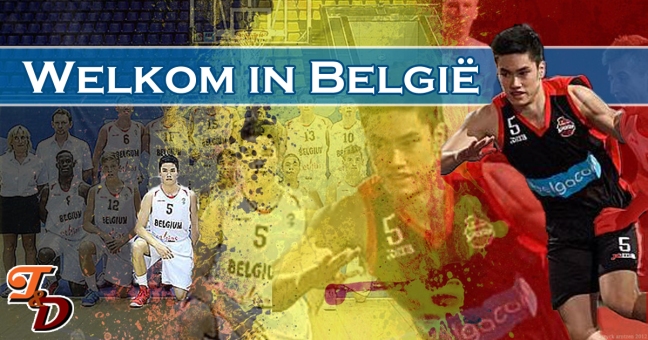 Here’s what I know about Belgium.

But why are we talking about Belgium in this Basketball related blog?

Basketball is not a big deal in Belgium. In the past 20 years, they have qualified for EuroBasket only 3 times, never finishing higher than 9th place, winning a total of 4 from 19 games played.

Their most well-known player is two-time NBA Champion…DJ Mbenga, who is a naturalized player. Mbenga was born in Zaire (now the Republic of Congo) before an unfortunate string of events led him to Belgium, where he would play professionally before going to the NBA.

…SO WHY THE HELL ARE WE TALKING ABOUT BELGIUM AT TONES & DEFINITION?

It just so happens, that there is a very intriguing prospect in the youth ranks of Belgium.
His name is Leon Van Den Berghe.

Leon is a 6’3″ (depending on who you ask) Small Forward who played in the Belgian Development League for Belgacom Spirou in 2013-2014. He averaged 21.6 minutes and 8.2 points which is quite impressive when you factor in that he was only 16 at the time.

Back in 2013, Leon was also a part of the Belgian National team for the FIBA U-16 European-A Championships. Belgian ended up in 14th place winning 3 of 9 games. Leon averaged 1.0 points, 1.0 rebounds, and 0.5 assists per game.

Those aren’t really impressive numbers. So again, I can feel all of you wondering “WHY THE HELL ARE WE TALKING ABOUT THIS KID?”.

Well, let’s start off with his FIBA Europe profile:

And here is his profile from the BDL (Belgian Development League):

In case you still haven’t figured it out yet, I should point out that it was recorded in his FIBA record that his place of birth was “Bangkok (THA)” which matches his BDL profile, noting that he was born 31/01/1997 (Bangkok) and that he was from “Thailanda”.

Yep, you guessed it. Another Thai-Foreigner and he can ball.

I picked the story up from randomly searching RealGM, which lead me to his profile, thus resulting in this wild goose chase. My initial reactions were disappointment as Leon was already 18 and from past experience, it wasn’t common for a Thai-Foreigner abroad to have acquired a passport before 16. That would make him ineligible to be a local player for the Thailand National Team.

But then, I realized that he was born in Thailand. Technically, this should mean that Leon would most certainly have a Thai Passport.

Before you start celebrating, some of you are probably wondering if him already playing for the Belgian National Team would extinguish an hopes of him being eligible for the Thai National Team.

The bad news (according to the FIBA Rulebook):

18. Any player having played in a main official competition of FIBA for a national team for which he is eligible is considered as having chosen the national team of that country, with the exception of cases provided for under articles 3-23 and 3-34.

The U16 European-A Championship is sanctioned by FIBA, so this isn’t a good sign. Of course it would be unreasonable for a player to represent two countries.

BUT the GOOD news (again, according to the FIBA Rulebook):

22. A player who has played in a main official competition (see article 2-1) of FIBA before reaching his seventeenth (17) birthday may play for a national team of another country if both national member federations agree; in the absence of an agreement the Secretary General decides.

YAY! Because the U16 European-A Championships were played when Leon was 16 he is still eligible to play for Thailand as a legitimate Thai Player! But seeing that he is now 18…if he is called up to represent Belgium in any FIBA sanctioned competition (which he has yet to do so according to records), it will make things a lot harder. So the Thailand Basketball Association has to work fast if they want this to happen.

Even if that Leon gets called up, there might still be a way (again, quoting the FIBA Rulebook):

23. A player who has played in a main official competition of FIBA (see article 2-1) after having reached his seventeenth (17) birthday may not play for a national team of another country. However, in exceptional circumstances the Secretary General may authorise such a player to play for the national team of his country of origin if he is ineligible to play for such country according to this article 3-23 and if this is in the interest of the development of basketball in this country. An administrative fee as stipulated in article 3-305 and decided by the Secretary General is payable to FIBA.

In layman terms, that just means “if the dude is really worth the development of basketball in that country and you have some $$$, sure he can play!”. It’s not the ideal route, but the option is on the table.

But as we saw from the Moses Morgan effect and the Thai-Am effect, this sort of stuff will create buzz for the basketball scene regardless if he does or does not eventually play for the Thai National Team.

If any of you have been following the Basketball off-season, you will have known that Jordan Clarkson, an NBA rookie from the Los Angeles Lakers, is on the verge of playing for the Philippines National Team after it was released that he had indeed acquired a Philippines passport before he was 16. His eligibility is under FIBA investigation as we speak, but even if Clarkson isn’t eligible, the amount of interest that he has sparked both inside and outside the country has spread throughout Asia. 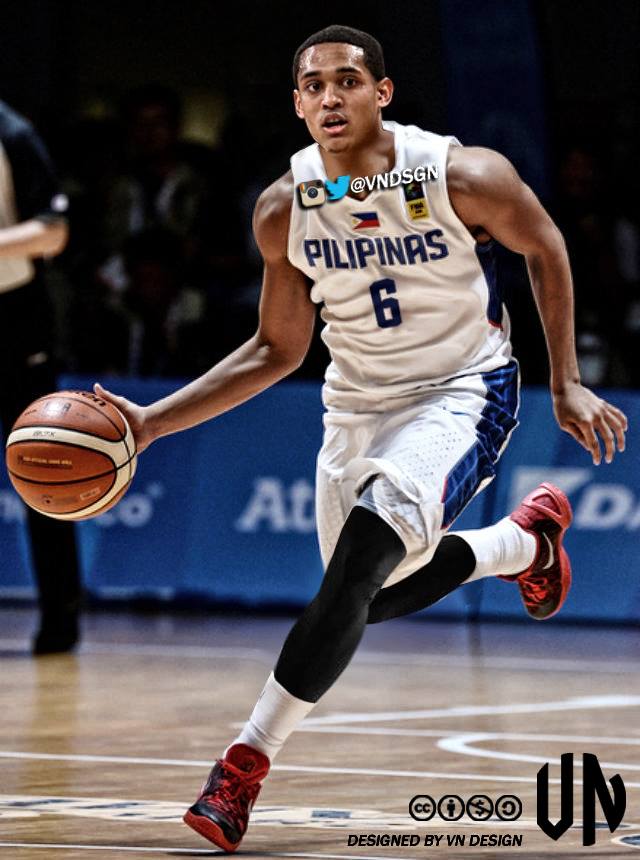 Who knows what other half-Thai players we might be able to uncover if all of us each put a helping hand to look out for them.

Half-Thais are not the do or die for the Thailand National Team. Our local players certainly have a sufficient level of talent to do well on their own. But with an influx of talent from outside the country, you are also increase interest in the sport. You are increasing the level of competition among players themselves. You are giving more options for professional teams to use for the entertainment of us fans. You are mixing in another culture into your basketball system.

That doesn’t sound too bad now, does it?

For more on Thai-Foreigners, read here.