Instead of doing that same routine, we’re going to shake things up.

The Thailand Basketball League has this underrated but entertaining period after the 1st leg where all teams get to shake up their roster anyway they want. I remember this rule specifically when I started following the TBL last year. As I was just getting accustomed to all the players, over the course of one week, more than a quarter of them switched teams and a whole new bunch of players were added. Most of the players that moved were from sister team to sister team, but it was still entertaining nonetheless to see new faces in (slightly) newer places.

Let’s talk about the major movements in this year’s TBL Mid-Season Transfers.

Big Mike is back in the house! After winning last year’s Finals MVP award, Michael Fey is back to reign terror by raining jumpshots. Mike Fey shot 53.4% from the field last year, scored 15.29 points and grabbed 8.5 rebounds per game last year.

He looked pretty out of shape and air-balled a couple of his patented midrange jumper but if he can get back into form, he is the perfect piece to put in to a Mono-Thew team that is lacking offense.

But while they have Anthony “Biggie” McClain and Cadarian Raines in the frontcourt, they were still lacking a local interior presence. Chanachon Klahan has played exceptionally well in the stretch four position (despite what I said in the Thailand National Team Sea Games Preview) so they don’t really have a post option aside from their Twin Terror Towers of Imports.

He might be getting a bit older and he still is prone to taking ill-advised three-point shots, but you can’t deny that even imports sometimes have trouble handling him down in the paint. He might not be the most efficient scorer (25 eFG% is actually one of the worst in the league), but he does boast a 14.9 TRB% which is good for 8th among locals averaging at least 10 minutes.

Adding Chaiwat just added an option for Mono to play with a big line up with him alongside one the imports instead of running a loose 4-out-1-in as they are doing right now.

If they were hard to beat before this…well, this shouldn’t make it any easier. 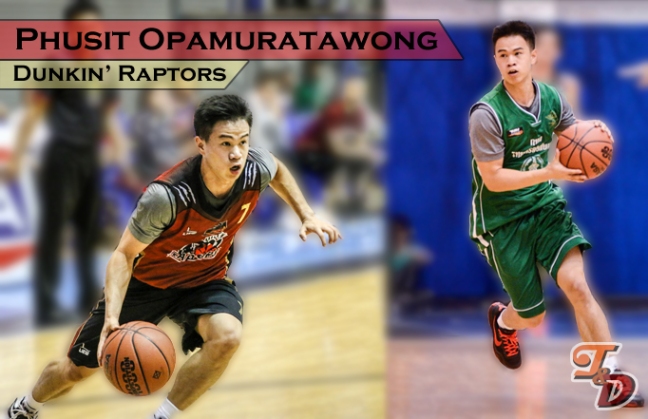 This transfer will raise up three questions at the very least:
1. “Phusit transferred to the Raptors?”
2. “Who the hell is this kid?”
3. “WHY THE HELL SHOULD I CARE?”

First of all, Phusit played for Thai General Equipment in the first leg of the TBL2015. While he didn’t blow everyone away (mainly because he seemed to be allergic to scoring with 30 eFG%), he was 13th in Assist Percentage and 7th in Steal Rate among players who averaged at least 10 minutes, so that was something.

I should have got the chance to learn more about his background directly from him, but from what I’ve heard and gathered: “Ken” Phusit Opamuratawong is a fresh high school senior graduate from the United States who is spending the summer in Thailand before he continues his studies further back there. This would explain why his style of play that consists of a flurry of crossovers, flashy passes, and acrobatic layups.

This made him a perfect fit for the free spirits that are the Dunkin’ Raptors! The Raptors did lose (again) to PEA, but Ken made sure to make his presence felt known on his former old court (with the venue being Thai General Equipment’s Practice Grounds in that game)

It was a pretty fair deal to me for both giving and receiving teams in this case. TGE wants to develop their own homegrown talent for long-term and with Ken only committing to one year, they weren’t going to commit a lot of their playing time on developing him.

The Raptors had all the paying time to give and aren’t fully concerned about long time player development right now.

Not a really big deal as these two teams are known for swapping players come mid-season, but this was another nice win-win deal for both teams. Thai General Equipment badly needed some veterans on their team and Hi-Tech needed to offload a roster spot for the incoming mid-season change, which will be mentioned next…

This one is bound to happen sooner or later right? Hitech have been impressive in their undefeated run, but they certainly aren’t expecting to go the entire season with two of their prized SEA Games cadets playing cheerleader right?

Remy is the new import for the Dunkin’ Raptors. He came out of the blue without much fanfare, but I think he deserves a mention here. I have yet to watch Remy for a Full game, but I’ve seen him show off his athleticism during layup lines.
Remy is a Oklahoma native who roots for the Lakers. During College, he played for San Diego City and Houston Baptist before finishing his senior year at St. Edward’s, averaging 7.46 points and 4.85 rebounds.
Fun Fact: Remy’s full name is Brentlee Remington Boswell.
Even more Fun Fact: His name was misspelled as Bentlee at birth.

The Thailand Basketball League doesn’t have any trades like the NBA or the PBA, but in our imaginations, anything is possible. Here’s a trade I’d like to see.

Note: This does not mean in any way that any player mentioned is no longer useful to his current team. It just my own personal preference to see a certain player in a different setting.

Our first mock trade and it’s a three-way trade! And a HUGE trade involving a former MVP!

As of late, with the recent transfers to strengthen the Vampires backcourt, they have been doing a lot of swinging the ball, driving towards, the hoop and dishing out. With guys like Darunphong, Ratdech, Sorot, and Kannut; that is the ideal fantasy for the system. In my opinion, Suppachai Sangthong is one of the best slash-and-dish players in the league (with 2.25 assists per game) and adding him to the Mono Vampires should add even more flow to their offense.

Losing Suppachai will be a blow to Hitech, but they have plenty of veteran passers on their team already. What they need is a legitimate pure scorer after losing “Kanu” Wattana Suttisin to an ACL injury. None comes as purer as Chitchai Ananti. Chitchai is the 2nd Local Leading scorer with 15.2 points per game. His 47 eFG% might not be very impressive, but I feel that could improve with a change of environment. Chitchai is one of the best at finding open space with his shifty movement and in an offense that focuses on spacing like Hitech, he should flourish even more.

The biggest part of this Mock Trade is Sorot Sunthornsiri. Of course, it would be pretty weird for Mono Vampires to trade the reigning MVP who is shooting 52 eFG% and assisting a league high 38 AST%. But they would still have Nattakarn Meungboon and Kannut Samerjai (and theoretically Suppachai Sangthong) to spare, so it would potentially be a lose that can suck in. Mono-Thew would be adding another point guard to their team…but judging by the way they are built, they might as well go out there and run a 2-guard or even a 3-guard line up at times. Adding Sorot adds another spearhead to their press and they can go out and run even more in this setup. Losing Chitchai Anati will obviously be a huge blow to their offense, but Sorot himself is a good scorer and a great shot creator. 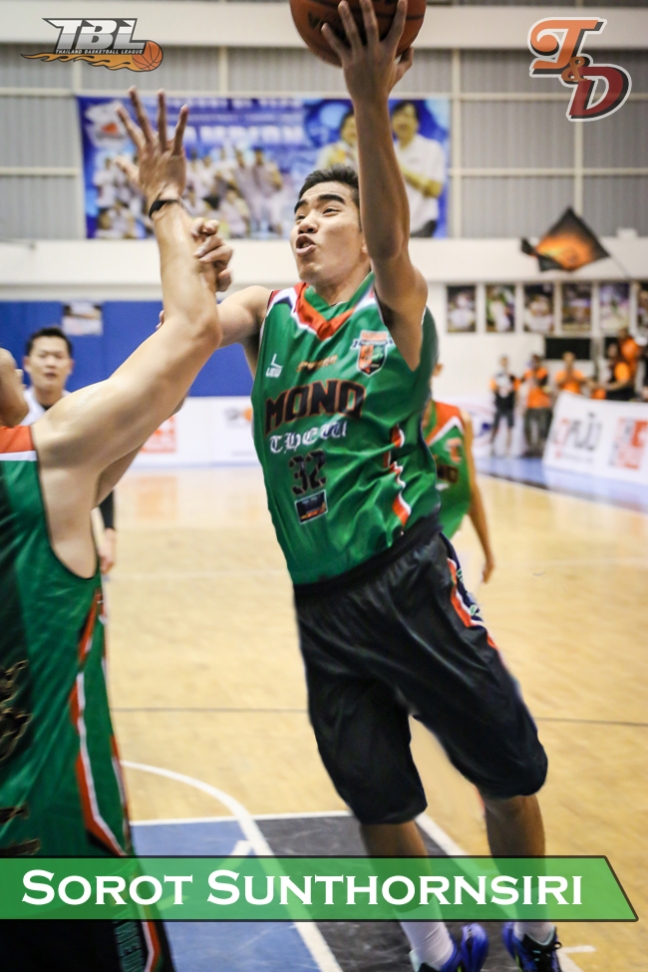 For the sake of the length of this article, we’re going to keep the mock trades at only one.

But I’d like to know the readers ideas. Who would you want to see on another team (not only for the sole benefit of one team, of course)?

One thought on “Change of Scenery: TBL Mid-Season Transfers and Mock Trades”