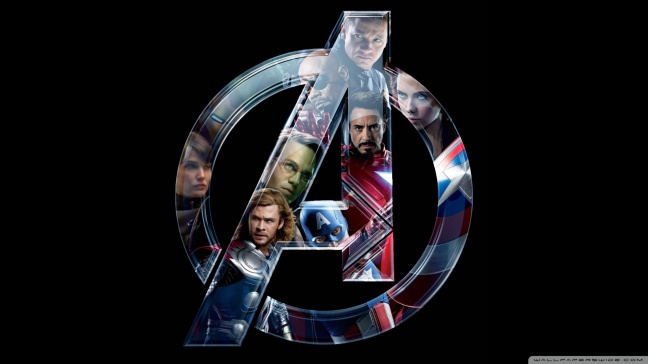 Because I’ve been working in the Philippines, I’ve had the chance to watch the Avengers: Age of Ultron one week before Thailand.

If you are going to watch this movie and expect a deep story that will leave you in awe when you leave the theater, you will be disappointed. But if you are just there for all of the superheroes showing off their powers, a whole lot of action, and a nice jolt of adrenaline rush then this is the movie for you.

After the movie, I went to start writing the Game Recap for the Madgoats-Hitech game three weeks ago. I was so into the action and the multiple heroes that I found myself starting to compare Thai basketball players with these Marvel Superheroes.

NOTE: THERE ARE SPOILERS IN THIS WRITE-UP. I SUGGEST YOU GO WATCH THE MOVIE FIRST.

Let’s start with the team leader. 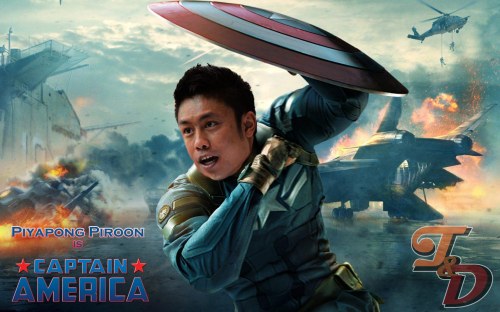 This one was pretty easy. Piyapong is even referred as “Captain Boy” sometimes with his stint as captain of the national team. Steve Rodgers AKA Captain America is a born leader who was this scrawny kid that got his chance and suddenly became this buff superhero.
Piyapong Piroon was once a scrawny kid out of Khonkaen and made his way up in the Basketball scene to be a buff superstar of Thailand Basketball.
During their peak, Rodgers and Piroon were the face of their country in their respective field (Rodgers-Fighting Crime, Piroon-Basketball).
Rodgers and Piroon have stood the test of time (though Piroon didn’t get frozen for 70 years) and both are still able to bring their A-game to the table.
There is an uncanny comparison that Captain America uses a shield as his weapon and Captain Boy’s calling card is his defense. 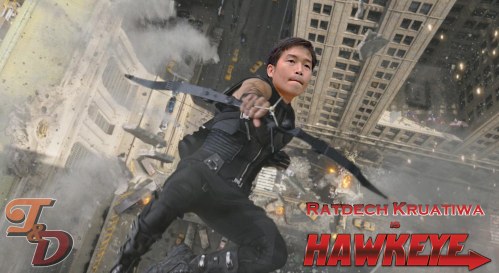 I actually had JO as Captain America for a while until I realize that he was better suited for the Hawkeye role.
Getting the obvious out of the way, Hawkeye specializes in using long range weapons with an accuracy that cannot be matched. JO specializes in using long ranged shots with an accuracy that is hard to match.
Both are also highly underrated for their other aspects of combat. Hawkeye can pack a punch in close range with various fighting styles on his belt and JO can drive to basket and pass the ball very well. It is their long-range talent that make people overlook other aspects of their skill set.

SPOILER ALERT!!!!! This one is a bit more of a personal opinion for me. Both have a life beyond their expertise that I’ve never been able to connect with much. Hawkeye had his wife and kids that no one never knew of. And suddenly this week, JO’s first child was born! People really close to him will have known of this fact (kind of like how Black Widow already knew about Hawkeye’s “normal” life), but for people like me, this was something that was totally unknown of.
I’d like to dedicate this space to wish little JO, “Homie”, a very happy birthday.

I couldn’t believe how long it took me to come up with this one.
Thor is a good-looking and chiseled being from a foreign dimension who slowly adapts to the concept of earthlings. Reuben is a good-looking and chiseled being whose parents are from a foreign country and has gradually adapted to the concept of Thai culture.
Thor is known for his thunderous Hammer while Reuben is known for his thunderous Dunks.
This is the comparison I feel most comfortable with.

“Yak” Chaiwat Kaedum is “The Hulk”

This one looked obvious, but it wasn’t actually as easy to tie in as you would think. In fighting mode, both are huge, strong and hard to stop. Off the court, Yak is a fun and happy guy, which doesn’t really resemble Doctor Bruce Banner as much. SO maybe we could just compare between Yak and “The Hulk” and leave Bruce Banner out of this.

SPOILER ALERT!!!!! The scene where “The Hulk” is slowly changing back into Bruce Banner and flying away in Stealth Mode away from the Avengers is kind of comparable to the moment when Chaiwat announced that he would not be taking on National Team duties any longer. It’s a stretch, but it’s not too far of a stretch.

This is a last minute decision after I had another guy, Attaporn Lertmalaiporn, pegged for the spot. Attaporn might resemble Tony Starks in terms or wit, humor, and a badass goatee. However, it was Tony Starks backstory of overcoming being kidnapped by terrorists and getting a shrapnel in him that drew me towards Kanu more. Kanu himself was involved in a serious car accident last year and he had to overcome that to comeback stronger than ever. It also helps that the “Ironman” moniker, which is usually used for Athletes that are unbelievably durable and Kanu is as durable as they come. Aside from returning to the court in an unbelievable short amount of time after his accident, I’ve also seen him twist his knee badly in a University tournament only to return to play in the very next game and go up for a dunk.

“So” Sorot Soontornsiri is “Quicksilver”
“Bas” Kannut Samerjai is “Scarlet Witch”
For those of you expecting a photo-shopped picture of “Bas” onto Scarlet Witch’s body, I’m going to have to disappoint you. I just couldn’t do it. However, I will have both “Bas” and “So” shopped on to Quicksilver’s body instead. 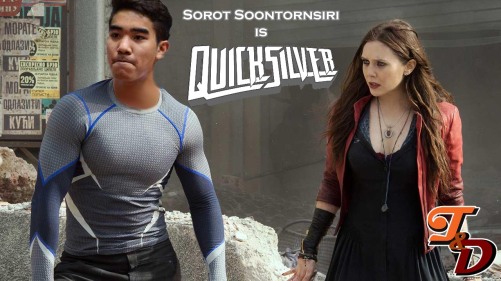 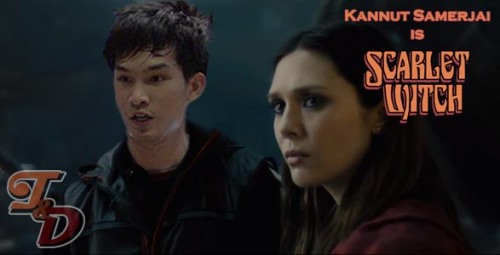 I have to get one thing off my mind first. The obvious pairing of “The Maximoff Twins” would have been “The Magic Twins” Daranpong and Darongphun Apiromwilaichai, but their skill sets were not as fitting to Quicksilver and Scarlet Witch as I would have liked.

On the other hand, Sorot and Kannut’s skill set fit perfectly. Sorot is a “speed demon” on the court and could possibly be “the fastest” player with the ball in Thailand Basketball. Kannut is a highly creative player that seems to be able to “create things out of thin air using his imagination”. Both of them work tremendously well together as a pair.

SPOILER ALERT!!!!! To start things off, both pairs just recently switched alliances (The Maximoffs from bad to good, So/Bas from PEA to Mono Vampires). Quicksilver DIES in the movie, so it would have been much better if I could have paired Kannut as Quicksilver instead and vice versa, to match with Kannut’s wrist injury last season. Knowing Marvel, I expect Quicksilver to make a way back from the dead somehow, which would fit the analogy of Kannut coming back in time for the international round of the BTSL.

Both are loud and regularly using expletives when they speak. They both have a short temper and both are leaders of a squad. That’s pretty much  it really.

I don’t have any trouble fitting a male player in a female character (as seen with Kannut and Scarlet Witch), but in the case of Black Widow it was really hard trying to point out a figure on the court that really fit the comparison. Off the court however, “Kuk” really fits the bill. Both are talented at shooting (photos/people). Both are talented women who stand out in the middle of a man’s game and they are among the best of what they do (taking pictures/killing people) but both are still very much capable of expressing a strong feminine side.

SPOILER ALERT!!!!! In the movie, Black Widow and Hulk kind of have a complicated relationship going on. In real life, Chaiwat already has a wife and an adorable baby already so obviously this analogy falls short here.

EXTRA COMPARISON
Kevin Dasom is “Loki”
I cheated a bit here because Loki isn’t in the movie. But actually that’s what made this analogy a bit better. Kevin is Reuben’s brother (a la Loki to Thor) and he is not playing in the BTSL after playing in the TBL2014 for the Khonkaen Raptors (a la Loki being in the previous Avengers installment and not being in this one).
This one was just too good of a comp to leave out entirely.

I deliberately left Vision and Falcon out, because they didn’t have much of a backstory for me to build up and match with anyone but trust me, I tried.
So that wraps it up! How accurate do you think these comparisons were?
Which players would have suited which superhero more?
Which other superheroes from other series would you compare then to?