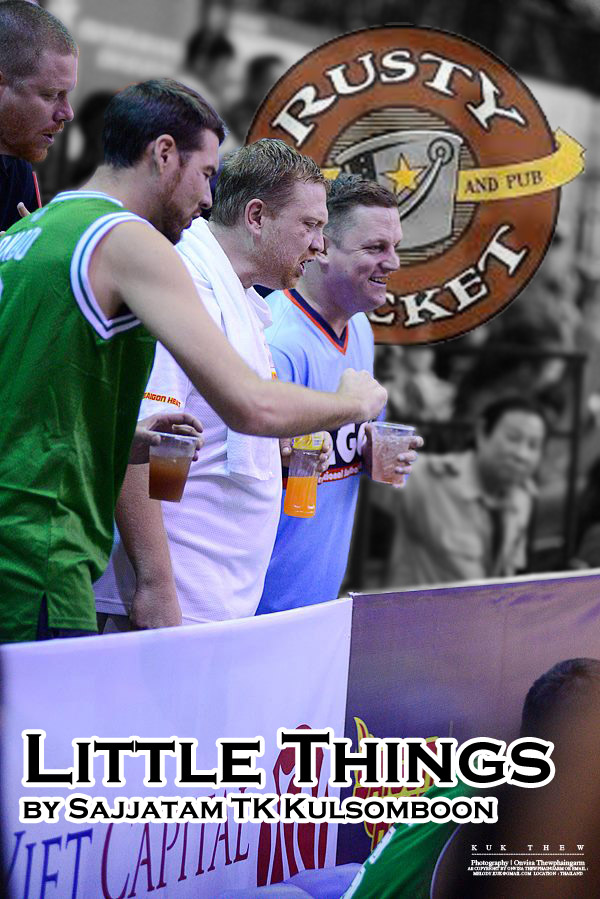 It’s the little things like the Rusty Bucket section behind the away team’s bench in CIS Arena of the Saigon Heat that make the game so much fun for me. I’ve heard of the Rusty Bucket section before this game and I’ve seen how brutal they are through game tapes, so today I decided to move in as closer to get a better understanding of how brutal they can be. 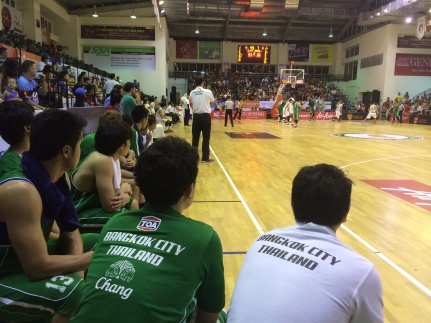 I had arrived to the game late, well into the second quarter do to some rain, traffic, and poor motorbiking skills. I strayed away from my usual seat near the home bench to sit behind the far end of the Hitech bench.

And the Rusty Bench was just getting started. 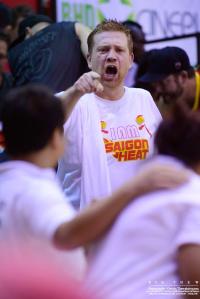 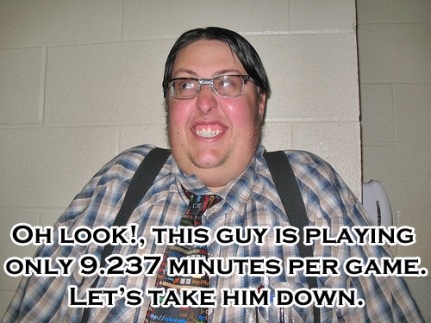 Here’s one last look at the finest of the Rusty Bucket Section.

Free advertisment coming up: The Rusty Bucket is a pub and grub place located in Ho Chi Minh City at this location. I’ve never been there, but I look forward to someday soon. 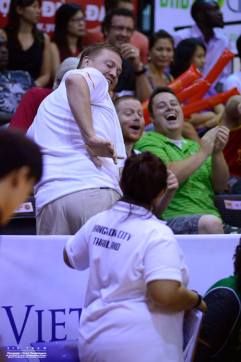 Noted: Other opposing teams at CIS might as well have handled the situation as professional and classy as Hi-Tech did in this game, but since I have had first hand experience only in this situation, I shall raise example only for this game.

The Hi-Tech players were joking around after the game about be able to be so calm because they couldn’t understand what was being said. But let’s be serious, we all know when we’re being called on even if we don’t understand the details.

It’s the little things like the professionalism of these pro-athletes (all of the ABL players, not just Hi-Tech) that make this game so much fun.

One little thing about David Arnold, who was unstoppable in this game going for 23 points off 9-15 shooting: I love his pump fake where he fakes all the way up to the tip of his toes which really gets a defender to commit.

We interrupt you with this short intermission of Raha Mortel being completelly stunned that he was being interviewed in Vietnamese…at Vietnam: 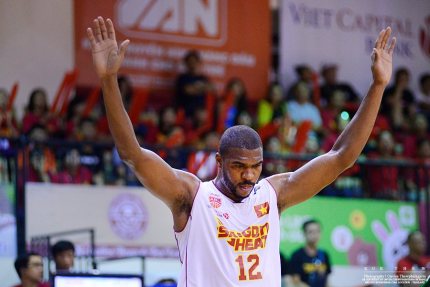 Dustin Scott is one of the most versatile world import in the ASEAN Basketball League. Chris Eversley of the KL Dragons is right up there with him, but Chris is more perimeter based while Dustin is operates more inside.

But when Dustin Scott gets to go out and roam from the three point line in, it is a thing of beauty.

It is not fair for someone to be this tall, capable of hitting those three point shots, and able to break down a defender of the dribble like this. If you put a big guy on him (a la Chris Charles), he will shake and bake him on the dribble. If you put a smaller guy on him, he can either post up or take the shot over the defender. It’s one of the more unfair weapons that the Saigon Heat possess in their arsenal.

Turning back the clock

Note that for this next section, we are going to talk about guys who are 33 and over who will do things with the flair of someone in their early twenties:

Piyapong Piroon: Has played here and there this season, mostly handling mentoring and leadership roles, but once he gets a chance on the court he makes it count. Case in Example, this sick crossover that brought Leo Avenido to the floor:

Leo Avenido couldn’t take the nastinest of this crossover and had to close his eyes.

Piyapong did not make the lay up though, so that ruins it a bit, but to see someone who has had his career stalled with injuries and past his prime, this was definitely fun to see.

Froilan Baguion: Put the ball in Froilan’s handed and he’ll make magic. He’s been limited a bit lately with his age and declining athleticism, but that was never a part of his game anyways. To watch him work his wonders on the court will always be a pleasure.

Steve Thomas: With the amount of minutes that Hi-Tech has been playing him and the mileage he already has, it’s not a wonder that you can sometimes see Thomas settle for the set jumpshot or an easy lay in when he is open inside. But in this game he exploded for not one, but TWO monstrous dunks, followed by his trademark “Do you smell this smelly shit?” face which remarks how awesome a dunk was.

All the small things

As the season is slowly winding down, I have to say it has been an awesome time following this league and absorbing in all the small little details that makes it what it is and I truly hope that the league and the teams keep developing and evolving into one of the best and most entertaining leagues ever.