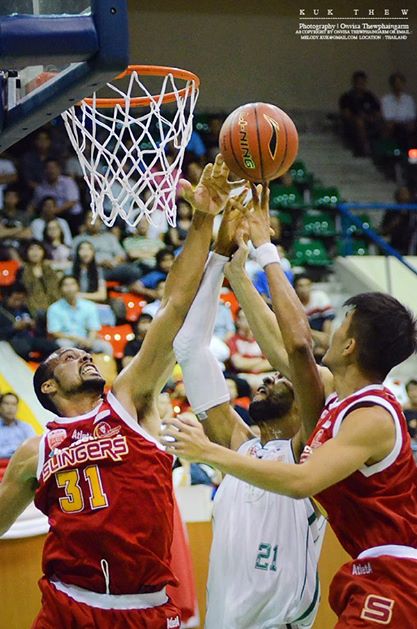 Imagine a 100-meter dash between Usian Bolt and JR Smith. Sure, Bolt is the fastest human being dead or alive (because Zombies can’t run that fast) but every time he’d gain some steam, Smith would just untie his shoelaces and Bolt would have to stop and tie them up. Smith would take the lead for a while, until Bolt would eventually catch up with him. Smith would untie his shoelaces again and take the lead again. And so on. That would one hell of an ugly footrace.

It would be a footrace I’d pay to see, but one hell of an ugly footrace nonetheless.

And it’s pretty much the way the game between Hi-Tech Bangkok City and the Singapore Slingers went the whole night.

Let’s hear from the Star player of this game:

Chrisconsin has never said truer words. This was a really ugly game with both teams  barely shooting over 30% and that was barely half of the story.

The Singapore Slingers are known for their defense. It is known around the ABL. That is what is probably written on all of the scouting reports for each team heading in the game against the Slingers. But have we bothered to ask exactly why? It is not as if Kyle Jeffers or Hassan Adams are known for their defense as the likes of Justin Williams of the Saigon Heat or Chris Charles and Steven Thomas of the Hi-Tech Bangkok City. Desmond Oh, who is their supposed defensive superstar, played in a total of 3 minutes and 12 seconds in this game. What is it that makes the people say “Singapore will lock you down”?

Sure, it is a very, very small sample space right now (with only 2 matches worth of statistics) but we get a slight concept of the Slingers defense from these numbers. You’ll see that for opposing field goal percentage, the Slingers are right around the middle of the pack at 33%, with the Saigon Heat leading the league with 29%. It is instinctual to immediately point out to the opposing field goal percentage as an indicator of a team’s defensive presence, thus making it not so clear why the Slingers are touted for their defense. This number tells the tale up to a level (33% is pretty stingy, with the league average at 35%) but the real story here is the field goal attempts allow per game.

The Slingers only allow 63.7 field goal attempts per game while the league average is at 68.9. On an average night, if you face the Slingers, you will not even get a chance to take 5 of the normal amount of shots you take, which could be a difference of around 10-15 points. That is a game changing difference.

There are two main reasons that result in the Slingers being able to force such a small amount of shots for the opposing team.

One, the Slingers rotate extremely well on defense.

They space among themselves pretty evenly so that they are able to react and rotate on penetrating defenders efficiently. Watching the entire game, it was hard to pick a play where it could be said that Hi-Tech Bangkok City broke down the Slingers’ defensive set. The Hi-Tech Bangkok City’s movements were limited throughout the whole game leading shots taken late in the shot clock with not much ball movement.

Two, the Slingers are a sneaky good rebounding team. As mentioned, the Slingers don’t have a long and physical presence like Charles, Thomas, or Justin Williams (though Delvin Goh might have something to say about that) but they have the League leader in rebounds in Kyle Jeffers (18.67!). This is probably because of their excellent placement and spacing on defense which makes it easier for them to box out their respective assigned players and grab easy defensive rebounds. 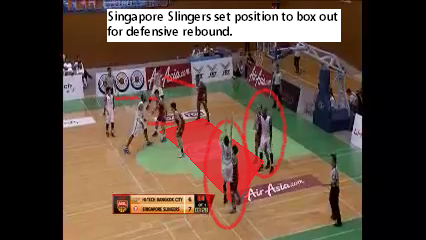 Here are the numbers to support their rebounding presence:

This is a very good rebounding and defensive team. ABL teams, be warned.

I got your back

If the Singapore Slingers’ defense is based on spacing and movement limitation, Hi-Tech Bangkok City seem to be the exact opposite, at least for this game. They leave space for the Slingers to move into, luring them into their big guys.

Hi-Tech choose to go over the Slingers’ pick and rolls and hedge hard on the ball handler. 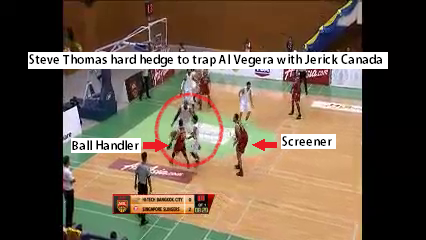 This leaves the screener pretty wide open, but Hi-Tech Bangkok City were willing to gamble on that to put full pressure on the ball handler. The ball handler, if he chooses to not pass to the rolling screen, finds himself funneled into the twin towers that is Chris Charles and Steven Thomas. Once he tries to force a shot through the boulder that is Steve Thomas or the length of Chris Charles, he will most likely miss (opponents shoot 32% against Hi-Tech Bangkok City). Then the strength of this team goes into full effect.

I intentionally left the other team names in the rebounding stats anonymus in the section above to prove a point here. While the Slingers are undoubtedly a really good rebounding team, the Hi-Tech Bangkok City are not as bad a rebounding team themselves.

They excel especially on the offensive boards with Charles and Thomas Leading the league (14 and 9, respectively). With their size and length, they really makes life on defense harder even if you box them out.

You got no Flow

So…back to Usain Bolt and JR Smith. Hi-Tech Bangkok City are Usain Bolt with their high octane offense and the Slingers are JR Smith who keeps untying Bolt’s shoes with their stingy defense.

There was no flow whatsoever for the first 3 quarters of the game for Hi-Tech Bangkok City and it just shows to you how much pure skill the Hi-Tech team possesses to be able to keep the game close with their offensive schemes clogged up. JR Smith’s plans to keep on untying Bolt’s shoelaces had been working. 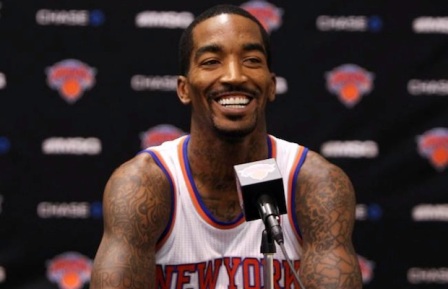 On the Slingers side, Coach Neo Beng Siang certainly emphasizes a lot of movement of offense with a flurry of pick and rolls and off the ball screens.

They created plenty of good opportunities, but the problem for them even since the game against Westports Malaysia Dragons last Sunday, was sealing the deal. They completed their task in play magnificently on defense limiting two high scoring teams to only an average of 63 points, but they just couldn’t do the same on the other end. 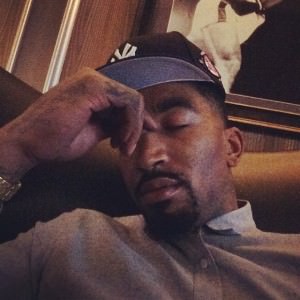 Nonetheless, Singapore held on to a quite comfortable lead into the final quarter. 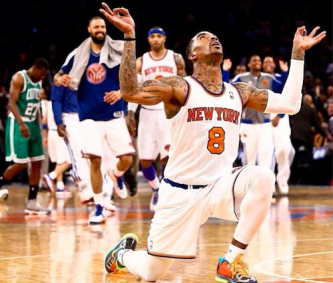 Hi-Tech Bangkok City would eventually slowly creep into the lead with a couple of big three-point shots and three point plays. 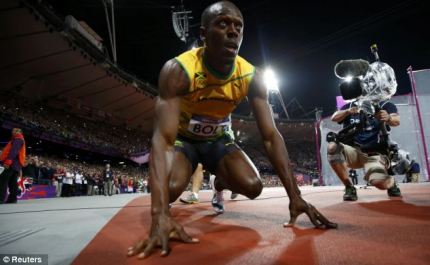 Ironically, it was probably the much touted defense that cost the Slingers the loss in the game. The kind of defense that the Slingers played, in addition to the already aggressive style of Hi-Tech Bangkok City’s Twin Towers, led to Hassaan Adams and Kyle Jeffers fouling out. Jeffers, in particular, had been huge to the momentum the Slingers had gained with him gobbling rebounds and being the only reliable force on offense. Once Jeffers fouled out, Hi-Tech Bangkok City held on to the lead and never looked back.

It was an ugly battle of two teams throwing around hard punches without landing much of them. Hi-Tech Bangkok City just landed a combo set at the perfect time and went away with the win.

It should be noted that the analogy for the Slingers to JR Smith is not intended to be a slight. The Slingers played a great game and I only brought up JR Smith to compare that the Slingers Defense was as disruptive to an offense as untying someone’s shoe during a footrace.

As someone who admires defense, I loved this game. Thank you both sides for playing such a well fought game.

They’ve never been seen in the same room at the same time. Who is to say it isn’t true?

Who are you and what did you do with Desmond Oh?

I suspect the reason he played only 3 minutes this game is because he got rid of the hair.

Who are you and what did you do with Wuttipong Dasom?

Wuttipong “Rueben” Dasom has been one of the most frustrating players in the ABL for me right now. He debuted with a dud of a game against Westports Malaysia Dragons, and then followed that up with a promising game against the Indonesia Warriors. In this game he started off the game with forced shots and then made arguably the most important shot of the game.

I don’t know what to make of him right now but I hope he finds his way and becomes more consistent, as he has the potential to be a local star that other teams would kill to have.

The next game for Hi-Tech Bangkok City and Singapore Slingers will both be against the Saigon Heat.
The Slingers will host the Heat in an attempt to stop their two game skid this Sunday 3/8/14, at OCBC Arena at 4PM Local Time.
Hi-Tech Bangkok City will play the Heat to decide who will be the last undefeated team in the ABL (unless the heat lose sometime during their next two games) next wednesday 6/8/14, at Thai-Japanese Stadium as usual, at 7PM Local time.

And what do Hi-Tech Bangkok City say to visiting teams?

If you aren’t available in the area for either games (as I will be), you can always follow it on the live stream generously provided by the ASEAN Basketball League at their website or on Youtube.

So, let’s check up with this writer’s personal favorite player, Kannawat “Pillsbury” Lertlaokul. What do you think of Hi-Tech Bangkok City’s recent form?

Hi-Tech Bangkok City are on a roll right now.