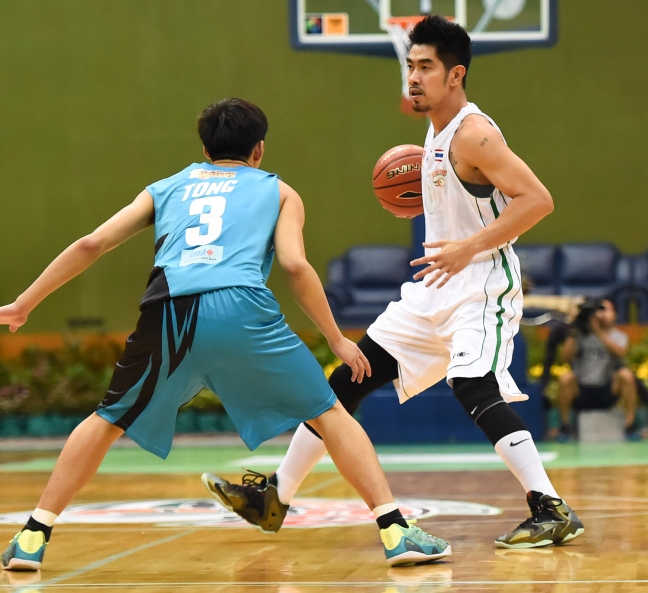 This was a high scoring game that ended with Hi-Tech Bangkok City sneaking away with a 6 point win, despite a frightening comeback effort by Westports Malaysia Dragons’ Chris Eversley. It was such a good effort that everyone probably had the same question as the ABL court side reporter.

Who the real MVP of this game was we never really got to find out as the live feed cuts off there and that’s where I come in. I’m here to speculate who the MVP of this match up was.

Jerick had a pretty good game. He ended with 10 points, 6 assists, and only 1 turnover, which is a pretty good line for a point guard. “Speedy Gonzalez” showed us everything we had expected from him, whether it was his blazing speed:

Or his ankle breaking crossovers:

Combine those two traits together and you get a lot of wide open shots over ankle broken defenders.

However, Jerick also exposed himself on defense sometimes where he would be seen being a step behind the ball handler, leading to a foul or a chain reaction of defensive collapsing.

Therefore, despite having an impressive debut for his new team, Jerick Canada is not the MVP of this match.

Give credit to Pete, the ABL announcer for the nickname “The Demon” which just seems perfect for Steve in every way.

Once riled up after a string of defensive plays or a hard earned basket, Steve will look as if he has been possessed by one angry demon. A demon with the strength to tear you up in half with those two arms of his.

The moniker “The Demon” also sounds kind of like “D-Man” which is exactly what Steve is. He is a defensive man, a defensive anchor. He may not have the highlights like that of Chris Charles, but you can see that on defense, Steve is the fastest to rotate and pick up the penetrator. Right now it might seem a bit awkward as the chemistry seems to still be in development, but imagining the Bangkok City defense at it’s full potential is scary.

Offensively, Steve is limited to offensive rebounds putbacks and some post moves, but even that is a handful for defenders. If he can channel more Kevin Love into his game like in the play below, watch out.

Steve Thomas ended the game with a line of 17 points, 11 rebounds, 5 offensive rebounds. That would probably be good for an MVP on any other team on any other night. Sorry Steve, tonight is the wrong night.

I could just post Chris’ stat line and that alone would make a case for him being this games MVP. Chris was all over the place on both sides of the court. On offense, he could operate on the low post or he could get it at the free throw line where he could shoot it or pass out to the shooters as he did over and over again. Where Steve would “gobble” offensive rebounds, Chris would seem to “snatch” them from the air with his long arms. On defense, Chris’ length was put into even more use. Almost every shot within the painted area was affected by Chris’ length with 6 of them being denied completely.

Being the reigning World Import MVP of the league and playing an almost perfect game should be enough to solidify himself as the MVP of this match. However…

How could it be anyone else other than the return of the one-time ABL champion and ABL Local MVP? Was there any storyline more compelling than the return of “The Fire Lizard” off an ACL tear injury? After being left off of the Sports Rev Thailand Slammers, I think a lot of people were anticipating the return of one of the Elephants (The year Thailand won the ABL they were named “Chang Thai Slammers” or literally “Thai Slamming Elephants”).

Attaporn “Nop” Lertmalaiporn came into the game with Bangkok City down by 8 points and he left the court with Bangkok City having a 10 point lead. Nop capped off an 18-0 run with a triplet of 3 pointers, a midrange jumpshot, and a drawn technical foul. He completed the rest of the game with a couple of highlight worthy assists.

The Westports Malaysia Dragons were left bewildered to the moment he left the court.

Sure enough, you can’t really say Nop took the team on his shoulders and ran with it. Most of his shots were created by the defense collapsing on Chris and Steve when they got the ball in the post or of a Canada penetration. But the reason he was so valuable tonight was because of his symbolic presence. Nop was a major part of that championship squad in 2010-2011 and his showing this game gave hope that we might be able to see the magic all over again this year. They way the crowd rallied around him, the way his teammates celebrated his shots, it just showed you how much he really meant to this team and how much his performance meant for the morale of this team going into the season.

So, for whatever it’s worth, the first annual Season Opener Most Valuable Player Award for the Thailand ASEAN Basketball League Team (name is a working process) goes to…Attaporn Lertmalaiporn aka Fire Lizard aka Nop. 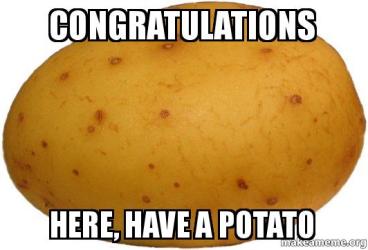 This season looks bright, so celebrate on Thai fans.

A newcomer to the ABL, Pete burst onto the scene, scoring 10 point by nailing open shots and a quick first step as seen here:

I would have expected more steals from a guy named Bandit, but we can’t always have our way.

Another one of the returnees of the championship squad after a hiatus from last year’s ABL team. Piyapong seems to have quite an important role on the bench as a translator for Philippino Coach Raja Martel. Apart from the 18-0 run, another memorable play was when Bandit tried a Hail Mary pass to the aging Piyapong.

I would have been more memorable if Piyapong actually reached the long ball in time, but once again, we can’t always have our way.

The Westports Malaysia Dragons Forward singlehandedly made this into a game in the final minutes with his smooth drives to the basket and sudden accuracy from the three point line. The scoring barrage came a little too late however, but it drew some chills from the Thai crowd.

Needless to say, that Chris didn’t get it his way.

They found a way to spread their offensive distribution throughout the entire game. As aforementioned, Nop came up big in the 2nd quarter. Newcomer Pete also hit some big shots later in the 3rd and 4th quarter. The two inside presence were dominant for Bangkok City, almost always getting the ball at will in the post and forcing double teams. The three point shooters kept the perimeter defenses honest and the penetration and kick outs from the outside players made it a nightmare for the Dragons to defend. Here is my favorite drive and dish from the game, a beautiful drop off from Kannawat “Pillsbury Doughboy” Lertlaokul to Steve Thomas.

With that being said, the offense looked a bit unorganized. Very few plays were set, with the exception of a few “Horns” run here and there.

Raja Martel confirmed in the interview at the end of the game that Bangkok City would have liked to run more plays, and I look forward to that. Sometimes the offense just look too forced. Luckily tonight, they found a way to score nonetheless.
One thing they need to improve fast is their transition defense. Westports Malaysia run a very fast pace and you could see plenty of times where they caught Bangkok City off guard for easy fastbreak points.

The next game is on Wednesday 23/7/2014 at the same venue (Thai-Japan Stadium) at 19.00. Be sure to tune in on youtube /aseanbballleague for the live stream.

2 thoughts on “ABL Recap: Where are my elephants?!”